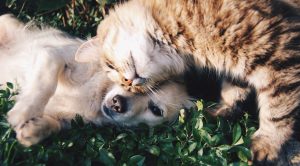 In 2018, Champion Foods, the makers of Orijen and Acana, had a class action lawsuit levvied against them.

At issue was that their foods contain high levels of heavy metals, or BPAs, and did not provide warning labels on their products of this fact. The food packages also state that the food is biologically appropriate and appropriate as a daily diet which, if heavy metals were high and affecting health outcomes, is inappropriate labelling for these foods. The lawsuit contended that these were the issue.

It’s not the first time that Champion Foods have faced a lawsuit. In May, 2017, the company released a white paper that stated, in part, “We believe that describing heavy metals as ‘contaminants’ in pet foods confuses pet lovers on the origin of these elements as well as their safety limits for dogs and cats.”

In 2018, Nestle Purina began negotiations for the purchase of Champion Foods, for $2billion (US).

In 2019, a Wisconsin judge dismissed the Plaintiffs’ claims with prejudice, finding that trace heavy metals and BPAs contained in the foods were naturally occurring and that there was no compelling evidence between the ingredients and dog illnesses.

As heavy metals can accumulate to non-therapeutic levels in human and animal organs, CDWA remains watchful of animal foods and health outcomes, and we remain in pursuit of the best information on appropriate diet and nutrition in dogs.

Currently, we advocate for a balanced diet, as prescribed by Veterinarians, but we note this as a subject requiring further research.